Green House. –The green facade replaces the trees that used to be here, says Vidar Knutsen from Element Arkitekter.

Green House offers something back to its surroundings.

The ground floor residents have had people sleeping rough on their terraces.The border between public and private is perhaps not clear enough.

Helge Mamen is comfortable with the Green House residents using his ground floor shoe shop as a common room.

–The green facade works well all year round, says one of the residents.

–The facade probably looks more dominating from the outside than from the inside, where it blends with the natural view, say the residents.

The glass facade shelters the building. It doesn’t take much sun before it gets substantially warmer inside, say the residents.

The glass facade is developed as a research-and-development collaboration between the architect and the manufacturers.

Inside the full-length French windows.

The plan is organised so that all circulation routes terminate in a view through one of the French windows. The ceiling height is a generous 2,7 metres.

The roof is divided into private allotments and communal areas.

–These are roof gardens, not roof terraces, says Vidar Knutsen from Element Arkitekter. The soil is good enough for vegetables.

The communal roof area is used for a variety of gatherings. The biggest surprise has been how much the communal areas on the roof are actually used, according to the residents.

Plan level 2-4. Each of the apartments has two living zones. There is room for many scenarios within very few square metres.

By a small flap of parkland in the eastern centre of Oslo, Element Arkitekter have designed a 21-unit housing block for Infill, a commercial developer with above average ambitions.

D36 is a contribution to the discussions about quality of life in the dense city. With French windows and a ceiling height of 2,7 metres, the views of the surroundings are part of the plan. The project was realised through a design-and-build contract, a model that worked because the architect remained on the client side throughout, and because of a conscientious contractor who actually read (and priced) the specification. The façade was developed as a research project by the architect and the specialist contractors. The project has a sound commercial basis.

The building is intended as an “evergreen tree” in the city. In addition to the water retaining function of the green roof, the most surprising element has been that the communal areas of the roof garden are actually used more than the private plots. 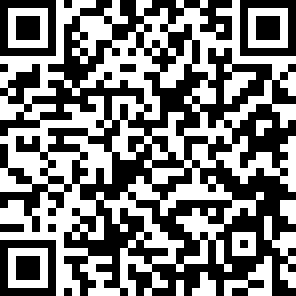