Departure hall. The leaf motif in the skylight is a reference to India´s rich decorative traditions.

"Airport Village" is covered with a light membrane roof, otherwise open to the elements.

"Airport Village", the waiting area for visitors and "meet and greet".

From the first site visit.

First sketch of the layout.

Second sketch showing the development potential of the scheme.

The main elements of the terminal building, first phase of construction.

From the construction site.

From the construction site.

Approach to the "Airport Village".

Approach to the "Airport Village".

Landscape axis from the terminal to the parking area.

The commission was to design an airport of the highest international standard with a future capacity of 40–50 million passengers a year. It was to be a gateway to India, representative of a high level of culture and technology, and to act as a locomotive for economic growth and development in the region. Hyderabad, where the airport is located, is the fifth largest city in India, with a population of approximately 5 million, and together with Bangalore it is one of the main hubs of the rapidly growing Indian IT industry.

The airport lies about 30 kilometres outside the city centre, and covers an area of approximately 25 square kilometres. The site is a gently rolling agricultural landscape with palms, fruit trees, rice fields and small rocky knolls. Two long ridges enclosing a shallow valley form a natural framework for the development. One of the main principles of the project was flexibility and the potential for rapid growth in capacity, and the airport has expanded rapidly.

Part of the challenge was to give the airport a distinct identity and a sense of place – it was to say: This is India! This is Hyderabad!

Based on a systematic approach to the environment, the place and the mood, the architects achieved diversity in the form of:

– A spacious Airport Village for meeters and greeters, with shops, services and restaurants, protected from the sun and rain by a fabric roof structure, in front of the terminal building,

– A large shady park beyond the Airport Village, with seating and access to parking, bus terminal, hotels, etc.

The technological solutions were adapted to what was technically and financially feasible, and energy and the environment were emphasised throughout the planning and construction processes. The shape of the roof has been specifically designed to cope with the sun, and double glazing and insulation in the walls and roof reduce the need for artificial cooling. The energy-saving measures have earned the building a high LEED rating. The subcontractors came from many different countries but the workforce was mainly Indian. The building process seemed at times to be somewhat chaotic, since century-old building traditions were being combined with highly sophisticated modern building technology. The airport was built over a 3.5-year period by 7000 workers. 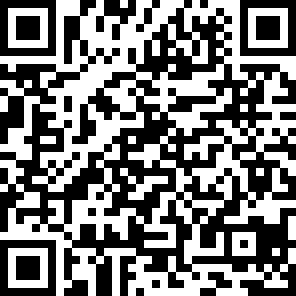