Michael U. Hensel is an architect, researcher and writer. He is currently Professor for Research by Design at the Oslo School of Architecture and Design, Director of the Emergent Technologies and Design Master Program at the Architectural Association in London, member of OCEAN – Research and Design Network, and board member of BIONIS – the Biomimetics Network for Industrial Sustainability.

Helen & Hard has delivered a pilot project where the discussions of design, materials and sustainability meet in an integrated structural totality.

Preikestolen Mountain Lodge has received considerable interest since winning the competition in 2004 and as one of the main projects in ‘Norwegian Wood’.1 Writing building appraisals, though, particularly for interesting projects such as the Preikestolen Mountain Lodge, is a quite tricky undertaking, in that it is precariously easy for the author to appear either predisposed or patronizing. When attempting to put forward an appraisal of any use, a fine balance must be struck between detecting and discussing the more or less perceptible qualities of the project at hand, and a projective critical analysis that elaborates potentials that are not entirely realised, provoking insights for future practice. It is with this intention that the reflections below are respectfully offered.

The Preikestolen Fjellstue, completed in November 2008, appears like a horizontally placed crystal form, set in the pristine mountainous landscape of Ryfylke, facing Lake Refsvatnet. The project evokes recollections of Bruno Taut’s utopian Alpine Architecture, if not as transparent and vertically oriented, and, instead, reinterpreted in an austere material expression.

This seems very appropriate to the context and to the programme of the building, a contemporary mountain lodge. Some may condemn the scheme as too gestural, aiming inappropriately for the iconic in a pristine landscape. Yet, in as far as architecture is shaped by and contributes in shaping the culture of a given time, an entirely self-disinterested mountain hut may well have been out of context. In any case, the entrenched dogmatism of such a-priori positions is not what drives architectural discourse, but, instead, projects that contribute valuable insights fuel the architectural debate of a given time. This is surely the case with a scheme that seeks to synthesize discourses of design, materiality, and sustainability.

According to the architects, the building envelope reflects in its form the ridgeline of the surrounding mountains, whilst also reacting to the local terrain. But while the reference to the far landscape works to great effect, the relation to the immediate landscape deserves closer examination. The building volume adheres to the presence of a large rock around which it bends midway along its long axis, as if around a joint, resulting in a clear hierarchical distinction between front- and back side. The former, with its emphasised entrance and lobby spaces, benefits greatly from its orientation towards the lake and the framing mountains, while the latter does not take any real advantage of the landscape behind, although oddly this is where you arrive before walking around to the front of the building. One wonders whether the building could not have benefitted from access on both sides, heightening the importance of what has now clearly become the back side.

The terrain directly adjacent to the building is to some extent reshaped, in a way that does not live up to the impressive grand gesture of the overall building form. Neither does it entirely unfold a strong relation between the adjacent interior and exterior spaces, although the possibility of opening the glass elements that separate interior from exterior resolves this condition during the warmer months. Nevertheless, a few more protected intermediary spaces would have enabled the use of the immediate outdoor areas in rather different and richer ways during the colder months. It is thus in some way the distant view that maintains predominance over the immediate spatial relations with the adjacent landscape. The densely placed and rustic outside tables and benches, placed on an somewhat crudely shaped surface covered with roll-out grass, make this all the more obvious. There are, however, some rather more interesting subtle aspects that deserve attention, such as the slight folding of the envelope near the entrance area that delivers benches for the arriving and departing hikers.

The simple articulation and fine structuring of timber

The building volume is structured internally through a sequence of shear walls, which run perpendicular to the long axis of the building. They establish a structural rhythm in the open space of the lobby and the café and restaurant area, and result in niches for the tables along the exterior wall, giving the interior a somewhat sacral character. These shear walls also divide the guest-rooms, which vary in size and spatial articulation. The floor of the upper level of the restaurant wing steps up, guest-room by guest-room along the long section. Within the rooms, stairs leading from the entrance to the beds take up the difference in height. The double room height and the crystal shape of the roof surface lend a chapel-like character to the guest-rooms, reinforcing the sacral character of the restaurant niches. Through the sectional articulation of the building, the topography is successfully interiorized.

The material austerity heightens this experience. Yet, this austerity only operates on one scale, one another we find a much greater richness of articulation. Like the building envelope and the floor slabs, the shear walls are made from layered timber panels fixed together with birch dowels, avoiding any chemical adhesives. The timber is layered and mostly untreated, exhibiting wood grain and fibre directionality. Being untreated, the timber is allowed to maintain its variable behaviour and dimensional instability (swelling and shrinking through its hygroscopic properties). Cracks in the timber due to shrinkage and warping thus become features that heighten the experience of the material in a subtle, yet enriching way.

"Cracks in the timber can then become additional features and articulation rather than nuisances to be avoided."

These are not just minute details; instead, they deliver what Christopher Alexander alludes to as the fine structure of a building. Alexander refers to his notion of fine structure in several of his writings, most notably in a book on medieval Turkish carpets. In this book he posits that the overall spatial quality, richness and depth arises not from a large design gesture but, instead, from the structure of weaving, quality, density and coloration of the wool etc, in other words, from the many exquisite details that amount, ‘bottom-up’ as it were, to the overall effect.2 Moreover, Alexander argues that architecture rarely ever accomplishes this quality.3 While the timber surfaces of Preikestolen Fjellstue are luckily not as flamboyantly coloured as medieval Turkish carpets, it is precisely the fine structure of the timber and its subtle shades that negotiate successfully austerity and richness, without becoming ever truly monotonous.

This reintroduces a rather sympathetic relation to the material characteristics of timber, instead of negating them by mechanical and chemical means. Cracks in the timber can then become additional features and articulation rather than nuisances to be avoided.

The limits of austerity

It is important to emphasise that this building is a mountain lodge and not a hotel. The design of the building seems to emphasize, both with regards to the exterior and the interior that the intention is to provide shelter and not an over-abundance of luxury. Other provisions are made that apparently run against that theme, for instance the provision of a conference room, and the excellent restaurant. The scheme manages to successfully integrate these functions without jeopardizing the overall austerity. The architecture is able to absorb these rather different programmatic features and characteristics. The furnishing and lighting, however, in many instances works against it: While the historicising references are clear, the resulting atmosphere, especially after dark when the artificial lighting is turned on, evokes an unfortunate youth hostel feeling. Also, the fireplaces are rather modest in size and placement, and could have benefitted from greater presence to celebrate the mountain lodge character. There is another item that also deserves some attention: The attempt to use subtle colouration of doors and furnishings as a way of indicating location within the building. The intention was presumably to provide for orientation for the physically disabled, but it is doubtful whether the contrast in coloration is strong enough to actually provide for this purpose. Moreover, it seems somewhat unnecessary for a building with 28 guest rooms, as does the black line in the stone flooring that serves as a path-marker. This may have its use in airports and shopping centres, but seems alien to the size and quality of the scheme and adds in some way to the unnecessary youth hostel feel.

Besides the well developed spatial, structural and material logic of the project, it is worth noting that the timber technology is refreshingly simple, effectful and environmentally friendly, and the material scheme, in particular with regards to the timber elements, works amazingly well with the spatial scheme, the spaces and the structure enhance and celebrate one another. It is, however, the integral relation between the wood detailing, on various levels, and the overall spatial and material articulation from which many of the qualities that would fulfil Alexander’s demands for fine structuring arise.

"The material scheme, in particular with regards to the timber elements, works amazingly well with the spatial scheme."

It is the integral and coherent spatial, material, environmental, structural and fine structuring approaches that articulates the timber structure into a coherent performative assembly.

This goes hand in hand with the compact building form, which has a beneficial impact on the energy consumption of the building, as does the combination of passive and active environmental modulation strategies. The ventilation is coupled with a heat recovery system; while a heat pump combined with a log burner fulfil the heating demands. Additionally, the building offers wheelchair access to a large proportion of the guest rooms, and demonstrates a variety of additional strategies to provide for the physically disabled.

The two days spent at the Preikestolen Mountain Lodge were indeed real architectural quality time. It will be interesting to observe how the building ages, and to assess its environmental performance over time. Given the architects’ material strategy, time should only add to the quality of the building. 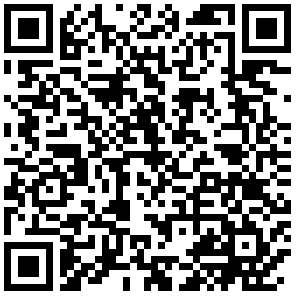 Previous in Building Reviews:
"A Detail of the World" – an essay on Sverre Fehn's Villa Schreiner

Next in Building Reviews:
"Battleground of Invisible Forces" – a review of Steven Holl's Hamsun Centre at Hamarøy