Hilde Mortvedt is an interior architect. She was interiors editor of Arkitektur N from 2007 to 2009.

An opera is primarily an interior, claims Hilde Mortvedt. So the interior architects’ contribution is crucial to a convincing overall experience.

As a brief, an opera house is primarily an interior project: At the core is a room for the experience of opera, an art form for both the eye and the ear. This art form dictates both form and material, which have to adapt to the reach of the human voice and unamplified instruments. As a building type, the opera house found its form early on, easily recognisable from the horseshoe-shaped auditorium, the size being more or less the same in all well-known opera houses. It is this tradition that the interior architects at Snøhetta are working within and contributing to.

The use of the word “interior” to signify the inside of a building is relatively recent. According to Charles Rice, it was introduced in the early 1800’s, when the word began to be used not only for the insides of the human body, but also the insides of a building.1 Just as “interior” was an expression meaning the inner being of a person, their individuality, emotions and moods, so it became an expression of the inner being of a building, and the individuality of the owner, the user or the building itself. Interior design developed as an independent area of architecture, serving the new bourgeoisie, articulating their peculiarities, their new position between the nobility and the general population. The home was the main arena of the bourgeoisie, but also important where public spaces such as the opera, where they could see and be seen – networking, we would call it today.

The opera in Bjørvika has already become a landmark in the urban image of Oslo. The building has such a presence for the public – they walk on it, make it their own. In this close encounter you quickly realise that the interior of the building is actually a part of the façade, as the insides of the building are turned out and become visible through the glazing, as soon as night falls.

On the many guided tours, you are primarily told of the inside of the building, of how functions, experiences and performance spaces are organised to create the right functional and experiential framework for the audience. The building is divided into different zones with different characteristics, and the architects and interior architects at Snøhetta have tried to tune in to what these different zones “wanted” to be, depending on where they are located in the building, and what functions and experiences they house. This has created a story following the route through the opera house, from the cloakrooms in the corner by the sea, through a foyer so full of light that it is almost an outdoor space, to the dark cave where the performance takes place. At the same time, this is a movement from abstract to more concrete forms, culminating in the naturalism of the stage sets on the stage.

"… This story has been important when it comes to stitching together the contributions from the diffe­rent architects at Snøhetta into a coherent whole."

This story has been important when it comes to stitching together the contributions from the diffe­rent architects at Snøhetta into a coherent whole. Furniture and other interior elements in the different zones go from abstract installations, like the cloakroom stands designed like “reeds along the shore”, and the sculptural bar table elements in the foyer, to more traditional forms in the auditorium and the stage areas, in the workshops and the admini­stration offices. The contrasts between the various parts of this story are so marked that it is impossible not to notice as you pass through the building. This makes the audience aware of their sensations, they are activated and make the building their own, having conquered it with their feet, their senses and their thoughts. In this way, the opera becomes architecture.

Snøhetta’s interior architects have had a central role in the project. They are the only ones to go into all zones and functions to ensure they work as a unified design. They have been responsible for colours, surface mat­erials, furniture and interior elements, and for the planning of various functions like workplaces and rehearsal rooms backstage and box office and bar areas in the public areas. The main idea, that the furnishing in the public areas should be abstract, unlike anything you would ever find in your own home, seems like the right decision.

The first impression after a guided tour given by the interior archi­tects is that there is a great variety of colours, materials and textures in the building; indeed, the variety is so great that it reminds you of the colouring joys of the 1960‘s, bordering on kitsch. I wonder about the collage of materials and forms, for example in the foyer toilets, with terrazzo floors, glass mosaic wall tiles, mica laminate on the doors and stucco lustro or plaster with marble render and stainless steel details; the colour scheme is both “silver” and “gold”, the patterns in the materials are both dots and lines, the texture changes from mirror polis to matte to bumpy. This is both humorous and cheeky, and very different to the sober and self-contained public spaces we have grown accustomed to. It is in these toilets that we come closest to opera as a celebration, a party, a masquerade. In general, however, the building is surprisingly modest in the use of materials – after all, cultural buildings in Norway are funded with public money and are not to appear frivolous.2 The focus is on the main theatre, where the spending can be justified with reference to functional, acoustic and visual requirements, and the need to secure optimal conditions both for audience and performers.

Even if the building is big, it seems as if the foyer areas are underdimen­sioned for their potential for use as a new great hall for the whole of the country. Many people already want to hold events here, and combine a visit to the opera for example with a private banquet. However, the available area is insufficient and not designed for this. Daytime catering capacity has already been exceeded, so at the moment improvised serveries and equipment clutter the walls. The interior architects are still working to find solutions for this.

Otherwise, the furnishing of the foyer café is successful, with light wire chairs that let through light and view, even if they clash with the cross-legs of the tables. The abstract steel bar tables in the foyer are not quite so welcoming, or functional – empty glasses and crumbs are easily visible on the black surface. Also, they do not seem to have been structurally thought through, the folded sheet steel looks like scaled-up paper models with some bracing dictated by necessity rather than by form. The joints are vulnerable; some of them are already loose. The cloakroom stands, too, are not structurally convincing, they vibrate annoyingly in use and should have been better braced.

Functions like box office and toilets are pushed away from the floor plane and into the walls. The box office counters are precisely and neatly designed, and look very inviting. Functionally, however, they are not so clever, neither for customers nor staff: For the people working here, the customers stand uncomfortably close, and they are seated lower than the people standing at the counter, who looking down at them. For the customers, there is little information in the ticketing area, making it difficult to orientate yourself before you are served. As a result, you have to ask a lot of questions, which leads to queues, and there is no queuing system or seating for those who have to wait.

I also miss the presence of the opera and ballet company in the building: Presentations of performers, performances, posters, stage sets and costumes. There is a frugal atmosphere to the foyer; no frivolities until you reach the main theatre.

The main impression of the main stage is that this is not a traditional opera gleaming with gold, but a hall for “everyday people”. The auditorium has an expression of modesty, dominated by the dark, ammonia-treated oak. The colour scheme is dark, almost black, and reflections of the various light sources create surprisingly white, cold surfaces on the oak. The stage curtain is also cold, and the cold colour impression is further enhanced by the chandelier, based on LED-lights shining through cast glass crystals. This, too, gives a light that is cold and actually a bit sad. The lead lights in the stairs and by the exits are a distraction as the house lights go out, and daylight streams in when the doors at the back of the auditorium are opened; the light locks should be equipped with drapes. But the lighting of the main stage is still being worked on, and could be very good.

Traditionally, opera interiors have been characterised by gold and golden tones. The orange and red in the seat coverings may give associations to this, even if it has been pointed out that it also gives associations to MacDonald’s. The pattern on the seat fabric has been developed by the interior architects, and the pattern width of ten metres means that no two chairs are alike. The pattern has crossing lines making triangular shapes, relating to other forms on the building. I am not sure how successful this is: It introduces yet another theme in the hall, would it not have been better with a pattern playing off the rhythm of the oak panelling or the round shapes of the balcony fronts?

The colours in the back of house office areas have been chosen to last, and to stay fresh. Walls and ceilings are neutral and light, whilst certain pieces of furniture have been given light blue-green-yellow pastel hues. It is characteristic that the primary colours so favoured by modernists have not been touched, but a rather more original palette has been assembled from turquoise, orange, purple, light green and light yellow. But timelessness is a difficult exercise – few things change as quickly these days as colours.

An interior for everybody

The opera is the last national institution to be added after Norway gained independence from Denmark in 1814. The amazing thing is how the Norwegian people have embraced this building and identify with it. This opera will become part of the new story of what it is that makes up Norwegian identity and culture. We are already familiar with the experience of song and dance, in the dark, sitting shoulder to shoulder; but Snøhetta have managed to make a building that contains a lot of such basic, familiar sensations, joys and experiences. If we listen when Kjetil Thorsen and the others from Snøhetta talking about their building, they are all expressing a lot of this joy of being, here, with all the others. This is the kind of architecture we need.

"Snøhetta‘s stroke of genius is how this building allows for so many interpretations."

The interior of Snøhetta’s opera is a successful contribution to opera tradition. The functional requirements are fulfilled, the main theatre has excellent acoustics and good sight lines, the “factory” areas are rational, and the building is perceived as a fitting image of the users’ understanding of themselves. If architecture equals building plus user interpretations, then Snøhetta have created a piece of architecture.3 Their stroke of genius is how this building allows for so many interpretations, for young and old, Norwegians and visitors, opera connoisseurs and novices. This is an interior for everybody.

See the presentation of the Oslo Opera by Snøhetta here. 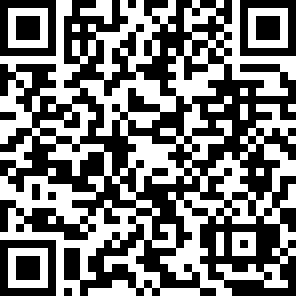 Previous in Building Reviews:
"Tourists always ask so many questions" – a review of Snøhetta's Oslo Opera

Next in Building Reviews:
"A Detail of the World" – an essay on Sverre Fehn's Villa Schreiner