Toyo Ito is the principal of Toyo Ito & Associates. He was awarded the Pritzker Architecture Prize in 2013.

The earthquake at Tohoku in Japan in 2011 developed into a national trauma. But the architects who wanted to contribute to the reconstruction of the affected communities met a different reality than the one they had expected.

Toyo Ito and his team brought their new insights back to the 13th Architecture Biennale in Venice.

After the devastation of the 2011 earthquake and tsunami, which laid waste to 400 kilometres of Pacific coastline and killed 20 000 people, it was unclear what contribution architects and architecture could make to the reconstruction of people’s lives. This question was the focus for Toyo Ito and his collaborators in the project ”Home-For-All”, which was exhibited at the Venice Architecture Biennale in August 2012.

Einar Bjarki Malmquist: Has your way of thinking about architecture in general been modified by the way this project developed?

Toyo Ito: Immediately after the 2011 earthquake and tsunami, I made countless visits to the devastated areas and communicated with the local residents on a frequent basis – long before designing the “Home-for-All” in Rikuzentakata. I felt that the affected districts were areas that had been left untouched by modernization, and the local people have led a life significantly different from the contemporary urban lifestyle.

They live very closely with nature, and maintain heart-to-heart ties with one another. This is something that has been lost amongst contemporary city dwellers.

"The relationships between architecture and nature, as well as among people – is after all the only raison d’etre of architecture."

The disaster has made me realize the necessity to rethink architecture, and focus on the relationships between architecture and nature, as well as among people – which after all is the only raison d’etre of architecture. This thinking does not depart from the way I have always been thinking about architecture; however, I would like to take this incident, and the way of life and the words of the local residents in the devastated areas, as an opportunity to reconsider architecture.

EBM: What are the main features of the houses developed in the exhibition "Home-For-All", which was shown in the 2012 Venice Biennale? What did you like best about the project?

TI: Nineteen cedar logs were used to build the “Home-for-All” in Rikuzentakata. These logs were trees ravaged by tsunami and left standing dead. If the cedars had been left abandoned, they could only be used as firewood. By resurrecting the logs as columns, they carry a symbolic meaning, representing the revitalization of the community. The rising verticality of these columns symbolizes growth and initiation from an empty land. I like this strong expression.

EBM: What, if any, general lessons do you think can be learned from “Architecture. Possible here?” Would you suggest that this project could in some way be relevant for Norwegian architects, for example?

TI: As an answer to your first question, modernization has made world cities indistinguishable from each other. In other words, most urban people live and work in a homogeneous space that is secluded from nature, even though people in Norway seem to cherish living with nature.

However, I feel that now is the time for contemporary urban dwellers to reconsider the meaning of new architecture and cities after modernism. The life of Norwegians who have lived along the coast will give us some clues on reconstruction in the devastated areas in Japan. It will be very much appreciated if you could give advice and assistance regarding this issue. 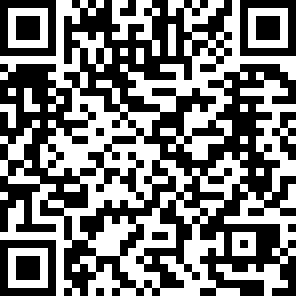 Next in Cities and Sustainability:
"Landscape Planning in China:" An interview with Kongjian Yu