Ingerid Helsing Almaas is an architect and editor-in-chief of Arkitektur N.

On a distant planet stands a building. No one knows who built it. It is the only building on the planet, and it stands alone, surrounded by dust and sand. There are no winds blowing across this planet, which could have lifted the dust and piled it up along whatever walls or columns there might be, gathered it in corners and cracks. The sand does not whisper across what might be a floor. No one has seen this building. No one knows about it. Perhaps it is the most beautiful thing ever built. But no one has walked through what might be a door. No one cares. It doesn’t matter. On a distant planet stands a building. It may be beautiful, but it does not exist.

Architecture is not an abstraction. It comes into being the moment someone opens their eyes; when it meets the body. There is no such thing as pure form in architecture: As a building meets life, the world grabs hold of what is built and shapes it, tugs at it, disturbs and gets involved. And this is not something that happens the moment someone moves in, or when a ribbon is cut – it is not a question of opening galas or of buying tickets. The world is there the moment a few people sit down around a table to talk about a building that might be built. After all, we are on earth. Perhaps there are architects around the table, perhaps not – in fact, it doesn’t really matter. But around that table, people talk of a reality that might come to be. They think about things that might exist, things that ought to be different. And as they sit down, each and every one of them bring with them their experiences and expectations, they spread them out and pass them around, comparing them with everyone else’s. Perhaps there are several conversations going on, around several tables.

If they decide to hold an open architectural competition, as in the case of the new opera house in Oslo, there will be a short time when hundreds of conversations take place, around hundreds of tables; and all these conversations will lead to different results. Of these, someone chooses the one conversation that is to continue. Again, there are not necessarily architects chairing that meeting, but after a while the architects make drawings, and the many lines on these drawings start to impose some limitations on the conversation. Architects easily become obsessed with these limits, with their drawings. Not just because boundless conversation rarely is compatible with tight time schedules, but also because these lines, which after a while are turned into structures and materials, also trace the physical limits of what we call archi­tectonic form. This form means something; it has an expression, which the architects are trying to control. Perhaps they are even trying to express something particular, something they care deeply about. But artistic expression through architectonic form is extremely demanding. It is demanding enough just trying to make sure that the conversations that have taken place somehow have an effect on the final organisation of physical reality.

So buildings appear through a jumble of different conversations. But then, at some point, the final stone is set in place. The people who have taken part in the building work, pack up their tools, and the people who have not been building are allowed in. Is this the point when the building is finished? Or is it finished the moment it no longer exists, when it is spent, useless, razed to the ground? The images we carry of finished buildings appear to be images of distinct physical objects, unified and coherent; perhaps even conscious compositions, with clear functional and legal boundaries. Or are they? Where are the actual limits of a building? When I walk from the airport train terminal, across the road and onto the opera roof, at what point am I crossing that limit? On the bridge? At the starting point of the roof, marked by an almost invisible shift in the angle of a white slab of marble?

“Have you been to the opera”, people in Oslo have been asking each other this summer. What they mean is: “Have you been on the opera”, they are not talking about attending a performance. “Going to the opera” means walking on the roof, or perhaps through the foyer; that is the experience. Because it is there, crossing the roof, that our bodies create architecture. The building continues, of course, through the door, across the floor, into the stage areas and the workshops and the auditorium, where the light is dimmed and sound fills the space. But it begins in the first meeting of body and stone. That is the first thing, and it is for everyone. It makes us equal.

We dream of the building on the distant planet, of the shining floors, the walls and the columns rising out of the dust. But it is not there. The world is always there ahead of us. The new opera in Oslo began long ago, before the architects of Snøhetta started architecture school, in fact, before any of them were even born. What the architects of Snøhetta were thinking as they bent over the competition project, and as they arrived at design meetings through the many years from 1999 to 2008, is a consequence of thoughts that people have had before them, both architects and others. Those thoughts, and all the thoughts that this new building will provoke, are part of our lives, of our culture, of the way we live. Culture connects us with other people across time and space. Culture is what makes a book you have not even read have a decisive impact on your life. Through others.

Architecture is the same. It does not consist of singular discreet objects. Architecture is an activity, something we do, all the time – it accompanies people and their history in a continuous stream. It is this stream, this culture, the way people live their lives, today, which will appear in the white building in Bjørvika Bay and make it into something. Into a new way of saying something. A poem for the body. A new part of our very long history.

Statsbygg, the Directorate of Public Construction and Property Management, is the state’s main consultant on building and property issues, development and management. Statsbygg is a management company under the Ministry of Renewal and Administration, but provides services and support to all ministries and state organs.

In 1998 the Norwegian Parliament decided that Statsbygg would be the building client for the new opera house, responsible for planning and management. Statsbygg procures services in the private sector, and are responsible for professional coordination and quality control of consultants, contractors and suppliers.

The Norwegian National Opera and Ballet is the building’s end user. They are Norway’s largest music and theatrical institution. They intend to have approx. 300 shows and 250,000 visitors per year.

This text was published as the editorial to Arkitektur N no. 5-2008. 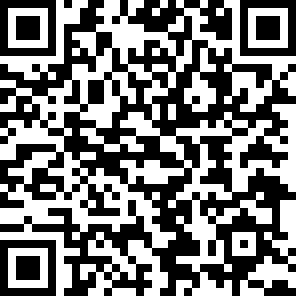 Previous in Other Stories:
Repair: Potensial

Next in Other Stories:
Brown Snake in a White Casket, a poem about the Oslo Opera