There is a new house in the city. Everyone is talking about it. Now, when you come to Oslo, you have to see this house. And not just see it, even better, walk on and over it, around and in it. Like an anthill, I thought in those first days when they opened the building to outsiders, and it sucked in both citizens and guests.

I like that it is where it is. Just where someone who really wants to take Oslo in ought to be. Arrival and departure. This is the neighbourhood of dreams. Exit Oslo. Those who have always wanted to get away, from someone or something, who live in these streets, where this white cathedral is now opening Oslo to the fjord. What an immigrant! A monumental mastodon that has laid itself down with the greatest of ease at the edge of the fjord and taken over everything.

The tourists stand with their backs to the city and the neighbourhood, taking pictures of the newcomer. Marble and glass. The birds have a new white mountain to look out from. The condoms are forgotten, ground into the gravel by the wheels of many trucks. The holding patterns of punters and prostitutes are gone. The sound of idling cars, low music on the radio, a woman holding her breath to avoid smelling a man she does not know, as he whispers to her his most secret desires. The quiet rustle of money taken from a pocket, unfolded, changing hands, counted. New appointments made, whispers and shouts in the cold nights along the quay. All this is gone. There are blank sheets in this part of town. An iceberg laid across the raw reality. A bridge over the motorway. You walk along a narrow path, purged, leaving the blind Oslo behind and entering the Norwegian landscape. The hard, clean surfaces you know from home, the light of the white glacier hitting your eyes. There is a new house in the city, and it is clad in the national garb of Norway. Everyone talks about architecture. About the surfaces, about where the marble comes from, about how much oak was used. They have made the door low, not high, and the gates narrow, not wide. The whole idea is for you to leave the blind city behind. But inside we keep talking. There are woollen hangings on the walls of the rehearsal rooms, there are 5800 crystals in the largest chandelier in the country, and the acoustics make people cry. PJ Harvey’s voice reached us through 70 speakers. It is Norwegian. It is big. It is grand. It is like climbing the ragged mountains of the west coast.

But then. Welcome. People are working here. 550 people, in hard and soft workshops. 52 professions. Some of them sew, some paint, some build. There is movement in every room. Someone sings behind the glass. A body is working. Again and again until the muscle is holding her up so long that time is no more. When the body can no longer be felt, when the song can no longer be heard, when the scenery is no longer seen and the mask no longer felt. Then it is time for a meeting. Someone gives, and someone receives. And it no longer matters where we are. For that is the strange thing. That is why this house was built. Only this way can art be passed on. It is passed form the finest, the softest place inside a person to someone else, another human being, to an audience, to you. From someone else’s subconscious to yours. You feel happy because you are touched. You can feel that you want to go home and do everything differently, because you are touched. And maybe you are in turmoil, because you suddenly feel at one with something nameless, something grand, which also exists inside you. It might be a long time since you felt just that. It is hope, stirring inside you.

That is when I am glad the opera house is where it is. All settlers should see their neighbourhood this way. As art saves what is human in us, dreams are injected daily under the motorway, the last refuge of the displaced addicts. The two are the same: something you do to survive. The unbearable lightness of being at the royal courts of 16th century Europe, where opera was first performed, or the brutal conduct of modern Oslo towards the homeless and the poor.

This state where you are no longer quite awake. You have gone somewhere beyond. Where the forests are always singing. And the clear, white ice shoots up from the sea and lifts you right into the sky. Bought on the streets or in the box office at the opera.

One day. On a stage in Norway. The stories of our time will be told.

There is a new house in the city.

The raw reality also needs a roof. Can someone announce an architectural competition for that? 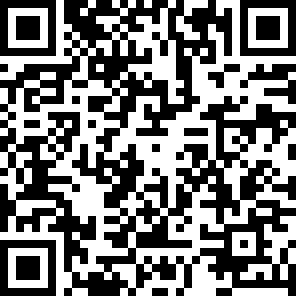 Previous in Other Stories:
Brown Snake in a White Casket, a poem about the Oslo Opera

Next in Other Stories:
A look behind the scenes at the Oslo Opera